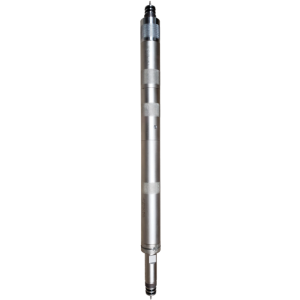 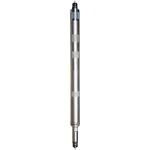 The 2” OD Addressable Disconnect Tool (ADT) is run below the CCL in the tool string. It is a ballistic tool, utilizing an explosive to execute a disconnect.

The Model CF ADT is used with ControlFire systems or with the ICSI Addressable Switch when using EB-style pressure switch systems. It will also accept any other type of addressable switch as long as it is not an integral part of the detonator. The Model CF ADT utilizes an A-105 detonator.

When the decision is made to disconnect, an addressable code is sent to the addressable switch and current is supplied to the detonator. The detonation shears the Release Assembly and severs the Hydrostatic Equalizing Plug, equalizing the tool and releasing the Fishing Neck.